Why are music and movement important for early childhood education?

Everyone knows that children love to run, dance, scream, and shout. And while parents may sometimes wish they had an off switch, there’s a common misunderstanding that this is simply blowing off steam. In fact, much like any other topic studied at school, music and movement are essential parts of a child’s development.

Early childhood education is commonly agreed to cover the age ranges from birth through to around eight or nine. During this period, a child’s surroundings have a significant impact on the kind of person they will later become.

For this reason, high-quality early childhood education has shown to have a positive influence on the graduation rates among postsecondary students, in addition to even influencing success in future careers.

So, if we consider this to be a critical period of development within a person’s lifespan, then we should also consider music and movement to be critical to their success.

Why Is Music Important in Early Childhood Education?

Music within early childhood education is not simply a means of bringing some fun and positive atmosphere to the classroom. Rather, it has a significant impact on a child’s learning processes.

According to a 2016 study conducted by the University of South California, the presence of music and varied experiences with music in early childhood can have a positive impact on the speed of brain development. This was especially notable in skills such as reading and language acquisition.

What’s more, the NAMM Foundation (National Association of Music Merchants Foundation) has highlighted how learning the intricacies of a musical instrument can have a beneficial effect on a child’s performance in both mathematics and their SAT scores.

In addition to influencing performance in math, music education has even been shown to improve English language and reading skills, and can improve one’s retention and recall of spoken information.

Unfortunately, when budgets are cut or time runs short to deliver everything contained within a curriculum during a term, performance and arts subjects are often the first to go. However, if we are to heed the above studies, or any others associated with this area of education, we should be giving the same weight to music in an early years curriculum as we would English or mathematics.

Why Is Movement Important in Early Childhood?

According to Michigan State University, encouraging movement at an early age can help to improve memory, perception, attention, language, and decision-making skills in children.

What’s more, combining movement and language together can increase learning as much as 90%. This isn’t a new concept either; many studies have shown that physical actions and exercise can enhance our memory and recall.

Motor control is largely associated with the cerebellum in the rear of the brain, but it has also been linked to other areas of the brain that handle memory, spatial perception, and attention. Essentially, the area of the brain that tells us when and how to move is also responsible to a large extent for our learning processes.

Given the high amounts of energy possessed by children, those responsible for curriculum design should always keep in mind the positive effects of movement on a child’s development. Children love to move and will largely appreciate activities that place an emphasis on this, as opposed to simply sitting behind a desk and memorizing information.

Why Is Movement Important in Music?

Movement is an important part of any music lesson. Aside from the individual benefits already highlighted, when children move around to a soundtrack, they benefit from improving their hand-eye coordination, concentration, balance, and cognitive skills. Essentially, they further develop the areas of their brain responsible for languages, reading, writing, and fine motor coordination.

The combination of music and movement releases endorphins into the brain — otherwise known casually as ‘feel-good chemicals’ — which help to maintain energy levels and interest in an activity. Essentially, this type of activity helps keep children motivated, attentive, and ready to learn in all other areas of their education.

How Do Preschools Teach Music and Movement?

Thankfully, there is a broad range of activities that can be incorporated into an early childhood curriculum. Common activities focus on teaching new songs to children, such as the ‘ABCs’. Others, like ‘Heads, Shoulders, Knees, and Toes,’ incorporate movement into the song, which, if the studies above are to be heeded, can be even more beneficial to a child’s learning.

There are other types of activities, too. A class could learn to play musical instruments, imitate animals, sing as they complete a particular activity, or dance with regalia, such as ribbons.

Business administration degree programs teach you the knowledge and skills you need to manage many aspects of a business, providing a general overview... 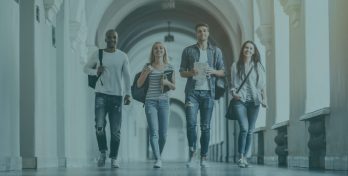 Do you have a passion for working with children? Are you looking to increase your earning potential and job opportunities with a degree... 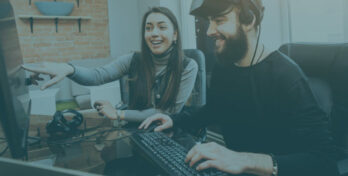 If you’re a talented art or design student that yearns to combine traditional art and design skills with the latest cutting-edge technologies, you...