Everyone’s college experience is different. But some are better than others.

Here at OSR we focus on online programs, which are just starting to blow up. Some schools have figured out how flexible and innovative online education can be – other schools are still trying to catch up.

So how do we measure an online program’s quality?

You want to get straight to the information – real numbers based on hard data.

So we stick to statistics. We developed a system to sum up a college’s merit based on six key stats. We pulled those stats from reputable sources, factored them together, and developed our ranking method. If you want to learn more about OSR and the team behind the method, read about us here. If you want to learn more about our methodology, read on!

Here’s a breakdown of how we rank programs and where we get our information: 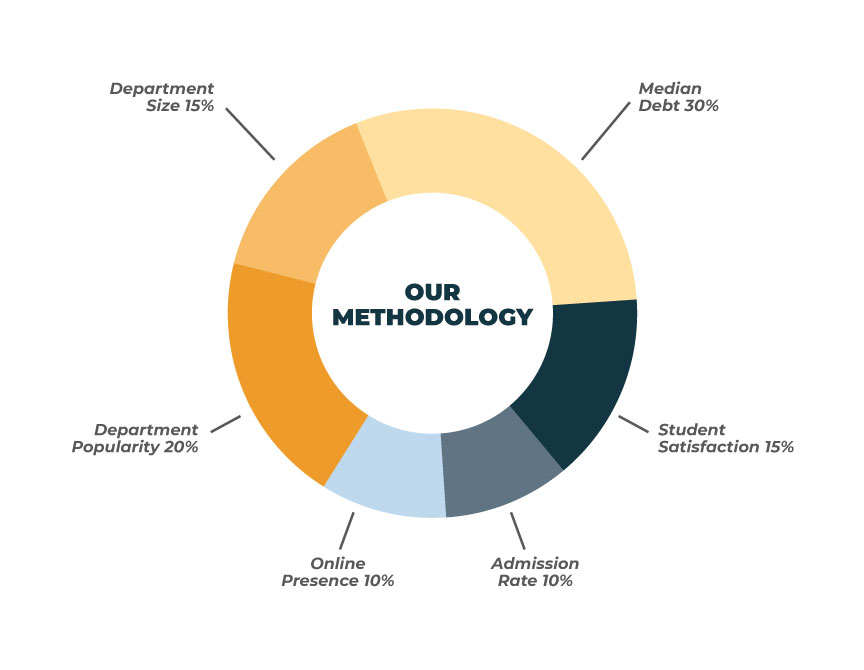 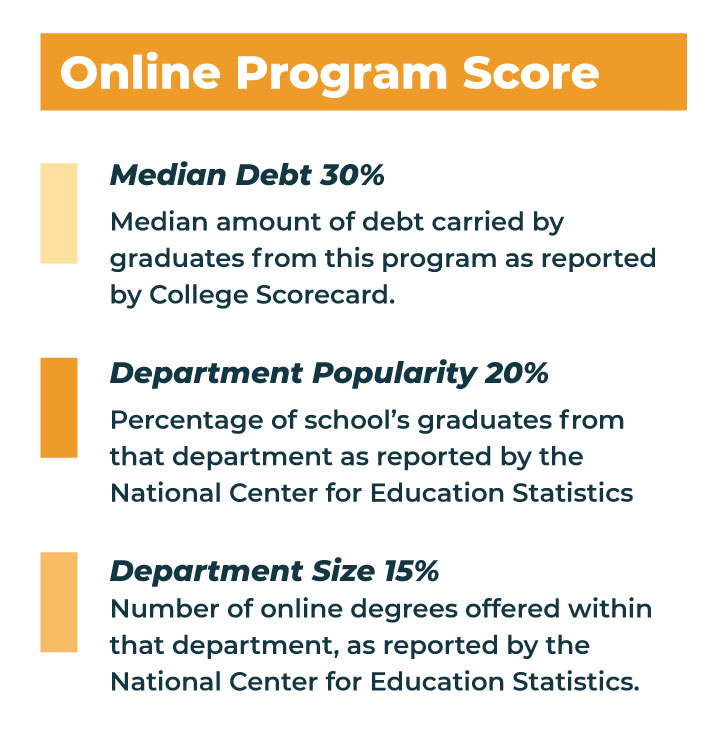 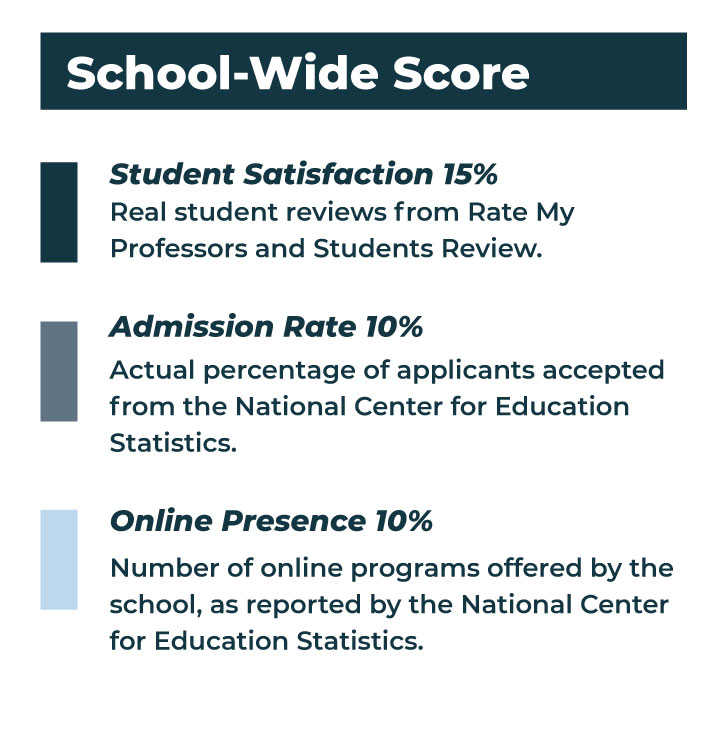 A combined score from RateMyProfessors.com and StudentsReview.com. The number is a score out of 5 with two decimal places.

The actual percentage of students who applied who then got accepted in the 2016-2017 school year. Reported by the National Center for Education Statistics.

The percentage of students at that school who graduated with a degree from the ranked program’s department in 2017. Reported by the Department of Education’s College Scorecard.

The number of online degrees offered within the ranked program’s department. Reported by the National Center for Education Statistics.

The average debt for students who graduated with that degree at that school. Reported in College Scorecard’s “Preliminary Loan Debt Data by Field of Study.”

All schools that offered the degree in question online in 2016-17 are considered. The six data points above are pulled for all schools on that list. Each data point is then scaled to 100 against the other schools on the list. From there, the weights are added and combined into the OSR score.

After calculating a final score for each school, the scores are scaled to 100 against each other to determine the final OSR Score seen next to each school. The numbers displayed for each data point under the school are the actual, unmanipulated data points for each school.

For data points that were not reported or “Privacy Suppressed,” a penalized number was substituted during scoring. The ranking will still display “not reported” next to the data point.

For Student Satisfaction, Admission Rate, and Popularity within School, the average for all schools penalized by 15 percent is used.

For Online Presence and Department Size, the school is given a score of 1.

Return on Investment represents how much more a high school graduate would earn in 20 years if he or she went to that university rather than not attending college at all.

ROI has no effect on the final OSR score or a school’s position in a ranking.

Most Affordable rankings sort schools solely on their Average Net Price, as reported by the National Center for Education Statistics in 2018. Average Net Price factors in expected financial aid and fees.

All the above data points are included to provide context, but none contribute to the final ranking.

Rankings that don’t focus on a single program, like Best ROI or Best Online Colleges rankings, use different metrics.

Student Satisfaction, Admission Rate, and Online Presence are the same as the program-specific rankings. In addition we use Student-to-Faculty Ratio, Average Financial Aid, and Graduation Rate.

The average number of students per one faculty member, as reported by the National Center for Education Statistics.

The average award given to each student, as reported by the National Center for Education Statistics.

The percent of full-time undergraduate students who enroll and subsequently graduate within 150% of the “normal time” it takes to graduate, as determined and reported by the National Center for Education Statistics.

After calculating a final score for each school, the scores are scaled to 100 against each other to determine the final OSR Score seen next to each school. The numbers displayed for each data point under the school are the actual, unmanipulated data points for each school.

We know the best colleges according to these six data points. They are authoritative and heavily researched.

But ultimately you are the final judge.

Consider several programs before you pick a school. Reach out to the staff, professors, and alumni to get a feel for the individual community each school fosters.

OSR is a tool that will help get you where you need to be. The rest is up to you.