Business administration is a common degree choice for students who want to understand how an organization or company is managed and operated.

In this guide, we’ll look at the careers that you can get with a Bachelor’s in Business Administration, in addition to the kind of growth and earning potential that you can expect as a newly qualified graduate.

What Careers Can You Get With a Bachelor’s in Business Administration?

Business administration roles are commonly involved in helping an organization or company to plan, schedule, and implement their growth and financial goals, though they may also be involved in day-to-day operations too. Business administration graduates are needed across a range of industries, including finance, information technology, marketing, healthcare, and education and training.

Accountants are typically responsible for ensuring that a company’s finances are properly managed and documented. Accountants are the ones handling tasks such as accounting, annual tax reports, and auditing. Additionally, an accountant may work directly for a company, be contracted in by the company from an outside company, or work for the government in auditing public or private businesses.

PayScale highlights how a Certified Public Accountant starting their career can expect to earn around $54,356 annually with no experience. However, as your career advances, you could be earning up to around $83,000 after ten years and nearly five figures beyond that.

Companies must demonstrate growth and profit increases for those who hold an interest in the company, whether that’s an owner or a shareholder. This is achieved with the input of financial analysts, who research market trends and other data to ensure that the company is investing money wisely.

According to PayScale, an entry-level financial analyst can expect to earn an annual salary of around $55,532, though this could increase to around $60,916 after up to five years in the role.

As a human resources manager, you’ll be responsible for overseeing a company’s or organization’s workforce. You’ll typically be involved in the hiring of new employees and appraising or disciplining employees when appropriate. You’ll also manage, implement, and update company policies and procedures, while ensuring that all staff have received the training that’s legally mandated for their roles.

You’ll also normally be involved in the management of employee benefits and compensation. According to PayScale, the average annual salary for a human resources manager is around $68,322. As an entry-level candidate, you’re more likely to earn around $50,680 until you have been in the role for longer. After around ten years, this salary could rise to around $68,000-$73,000 per year.

Unlike financial analysts who work primarily in forecasting and managing company finances and investments, market research analysts are closer to product development and marketing activities. You’ll examine current market conditions to understand how a new product or service might perform. Alternatively, you might work on marketing campaigns to help shape them toward their target audience.

According to the Bureau of Labor Statistics, market research analysts earned a median salary of $63,790 in 2019, which is around $30.67 hourly.

What Is the Career Outlook for Roles in Business Administration?

Typically, entry-level business administration roles attract a salary that’s either in-line with or higher than the U.S. national average salary for all occupations. Future earning potential is strong in this field, too, with the highest salaries available to professionals who gain experience and promotions in their role, as highlighted by the example careers above.

For example, let’s compare the U.S. average salary to the average salary for graduates working in business administration roles. In 2021, U.S. citizens earned an average of around $51,916. According to data from the BLS, the median salary for professionals in business and financial operations occupations was much higher, at around $78,130 in 2019, and this has likely increased since then.

So, what about career growth? Fortunately, business operations and management are areas in which skilled professionals are always in high demand. Let’s examine the career outlook for the careers we highlighted above:

Business administration is a popular choice among undergraduate students, especially given the broad scope for career choices within the business world. You’ll enjoy strong earning potential and career stability in the long-term, given the current data projected by authorities like PayScale and the BLS. Alternatively, you might choose to pursue further study to the master’s or doctorate level to increase your competitive edge when seeking employment after graduation. 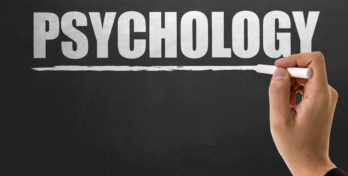 Jobs for Psychology Majors: an Introduction Considering a degree in psychology? Good choice. But is psychology a good major? Psychology, in fact, ranks...

Web development is a fast-growing and highly desirable profession. It is natural, then, to be curious about what it takes to enter this...