Civil engineering involves tasks such as design, planning, and the implementation of a project in construction.

On the other hand, construction engineering relates more to the day to day management of a construction site. While there are degrees available in both disciplines, qualifying in one area does not necessarily limit you to one specific type of role.

What Do Civil Engineers Do in Construction?

While civil engineers do contribute to the physical construction of infrastructure and other structures, if you’re expecting to spend most of your time getting your hands dirty, you might be surprised to learn of their other responsibilities. These can include:

Which Type of Civil Engineering Is Best?

As you start to take your first steps on the road to becoming a civil engineer, you should start considering which field you’d like to specialize in as early as possible. Learning everything there is to know about one particular field, and gaining an in-depth knowledge of the skills and processes involved, can be essential to your career progression and earning potential. The ‘best’ field to specialize in will depend on your interests and the type of work that sounds most appealing to you.

Construction engineering involves civil engineers in the design and implementation phase of construction projects, but they have a more varied on-site role. They may operate machinery and construction tools, and spend a large amount of time overseeing the workforce that delivers the bulk of the construction labor.

Environmental engineering relates to solving problems with waste management services, water supplies, and pollution. This role can involve a lot of direct contact with politicians, so it’s important that you’re a good communicator.

Structural engineering demands an in-depth understanding of solid mechanics, as the role involves contributing to the structural integrity of a new building or piece of infrastructure. You may be working on new project plans or reinforcing existing structures to ensure that they can stand up to environmental impacts from natural disasters, for example.

Geotechnical engineering relates to projects that involve excavation or other drilling activities. In this field, there is a strong emphasis on the investigation and analysis of soil and rock samples. However, this field often includes projects based in coastal areas too, which could see you contributing to the construction of marinas or jetties.

Is Civil Engineering the Right Field of Study?

Civil engineering is a good field for anyone who enjoys a varied and challenging role that’s never the same from one day to the next. That said, this field is also great for those seeking a salary that’s beyond the national average.

According to the BLS, the highest-paid professionals typically work within the federal or local government, while the lowest-paid engineers were employed by the state government and commercial or industrial construction companies.

The lowest 10% of earners made less than $55,380, while the highest 10% earned in excess of $144,000. This relatively large gulf between earning potential in different fields is even more reason for you to consider your preferred specialization at an early point in your career, particularly if you are money-driven. 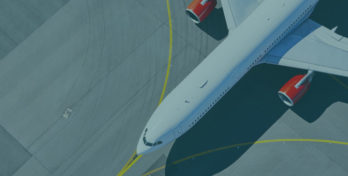 Dreaming of a career with no limits on the horizon? Consider a degree in aviation.  From a Bachelor of Science in Aviation Technology to...

As our lives become more entwined and reliant on technology for communication as well as organization, web development has become an increasingly popular... 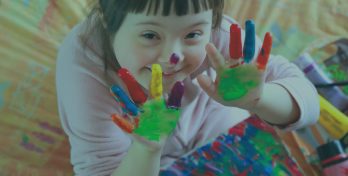