If you’re wondering what the differences are between civil engineering and architecture, it’s a valid question.

After all, both disciplines involve the design and planning of new structures and critical infrastructure.

But, while architects are closer to the aesthetics and intended purpose or functionality of the work, civil engineers are more focused on the structural stability and safety of a given project.

Civil engineers do contribute towards the initial design stage, but architects have more influence over the final design of the planned work. They’ll be responsible for kicking off the project and creating the initial design ideas, including the look and feel of the building, use of space, colorization, and so on.

At this point, a civil engineer will step in to analyze the design and work out how it can be brought to life. They’ll source materials and make recommendations for changes to the design where necessary to meet building codes or improve stability and safety.

Which Is Better, Civil Engineering or Architecture?

This is a difficult question to answer, as it depends on the reasons for which you’re comparing these two disciplines. Perhaps you’re trying to decide which subject would be more interesting to study or which would lead to a more successful career. Or perhaps you’re money-driven and trying to find out which career will lead to better prospects and a higher salary ceiling.

Let’s start with the question of job security and wages, as the Bureau of Labor Statistics (BLS) makes it very easy to compare the earning potential for both fields.

Even if we look at the extremes of these pay scales, the top 10% of architects in the same period earned more than $136,620, while the top-earning civil engineers made more than $144,560. So, based on these figures from the BLS, it would be very difficult to base a choice between these two careers on money alone.

Is Civil Engineering Harder Than Architecture?

Rather than thinking of one subject as being harder than the other, the reality is that both are complex roles that have a demand for similar skill sets but in different capacities.

As a student of architecture, you’ll take a lot of the same courses as engineers. But rather than being down on the ground carrying out the work, you’ll be more involved in directing the project and the engineers working on it; imagine the composer who directs the many instruments of an orchestra. You’ll need to be adept in problem-solving, with strong creative and critical thinking skills; the role of an architect is very much a combination of art and science.

The civil engineer, on the other hand, is more technically focused. As opposed to being a combination of an artist and scientist, an engineer requires a strong technical and scientific background and skill set. And while an architect is usually the director of such projects, a civil engineer will also often take the lead. Particularly for projects that concern public infrastructure, civil engineers will often run the project in addition to contributing to the work, with no architect consulted whatsoever.

When it comes to the academic side of these two disciplines, both are generally considered to be challenging programs of study. You’ll need to successfully graduate from a four-year accredited college or university with a bachelor’s degree to be eligible to work within these fields. And depending on the employer and the state in which you reside, you may need licensure or certification to work as an architect or civil engineer.

What’s more, you may need to gain experience in the role before you can work independently. For example, if you’re pursuing a career in civil engineering, then your first role after graduation could be as a civil engineering technician. These professionals work for a number of years under supervision by a qualified civil engineer. This can be a good way to get experience while being paid before gaining the confidence and experience you’ll need to run large-scale projects. 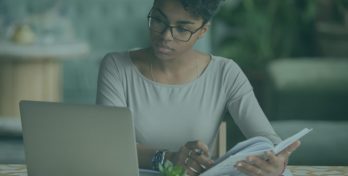 You’ve decided to take the next step and attend college. Finding the right major can be difficult, as your options are seemingly unlimited.... 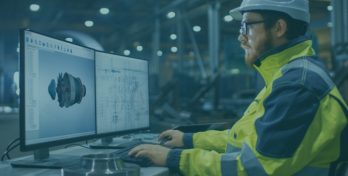 You are probably familiar with the field of civil engineering. The design and construction of structures (such as train stations and water treatment... 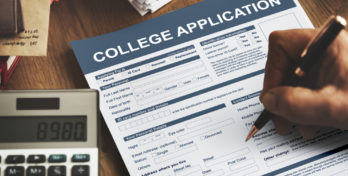 For most students, going to college isn’t a spur-of-the-moment decision. It takes time and planning to narrow down your college search and prepare...