The terms “Firm,” “Company,” “Business,” and “Establishment” are often used interchangeably to refer to any organization that offers goods or services. But this isn’t simply a case of the English language having multiple synonyms with the same meaning.

When you’re studying economics, you should understand that these terms have different meanings, which we will break down for you in the article below. Keep reading to find out more about why are firms structured the way they are.

In economics, firms are organizations that produce goods and services. They are typically owned and operated by individuals or groups of individuals, and are motivated by the desire to make a profit.

They play a crucial role in the functioning of market economies by:

Firms can be structured in several ways, depending on their size, ownership, and the nature of their business. Some common types of firm structures include:

The choice of a firm structure depends on the goals and objectives of the business and the legal and tax environment of the country where the firm operates.

These transactions are coordinated through a variety of mechanisms, including markets, institutions, and government policies.

Markets, such as stock markets, commodity markets, and labor markets, are places where buyers and sellers come together to exchange goods, services, and resources. They use price signals to coordinate transactions and allocate resources efficiently.

Institutions, such as banks and corporations, also play a role in coordinating economic transactions. Banks facilitate the movement of money through the economy by accepting deposits and making loans, while corporations coordinate the production and distribution of goods and services.

Institutions, such as banks and corporations, also play a role in coordinating economic transactions. Banks facilitate the movement of money through the economy by accepting deposits and making loans, while corporations coordinate the production and distribution of goods and services.

Overall, coordination of economic transactions is a complex process that is influenced by a variety of factors, including market forces, institutions, and government policies.

Political economy is the study of the interrelation of politics and economics. It examines how economic theories and systems, such as capitalism and socialism, are affected by political institutions, power relations, and decision-making processes. It also looks at how political factors influence economic policies and outcomes, such as taxation, regulation, and international trade. Political economy considers the ways in which economic and political systems interact, and how they shape the distribution of wealth, power and opportunities in a society. It is a broad field that draws on a range of disciplines, including economics, political science, history, sociology, and anthropology.

Emergence is the process of a new firm being established, either through the creation of a new business or the spin-off of a division from an existing company. Emergence can happen in different ways, for example through:

Emergence can have a positive impact on the economy, creating jobs and driving innovation. However, it can also be challenging for new firms to survive in a competitive market and establish themselves as sustainable long-term businesses.

External transaction costs refer to the costs that are incurred as a result of external factors when conducting a transaction. These costs can include things like tariffs, taxes, regulations, and legal fees. They can also include costs associated with complying with trade agreements, such as certifications and inspections. External transaction costs can add significant costs to conducting business and can make it more difficult for firms to operate in certain markets. They can also impact the ability of firms to compete globally and can limit trade and economic growth.

Conflicting interests with stakeholders refer to situations where the goals and objectives of different groups of stakeholders are not aligned. Stakeholders in a firm can include shareholders, employees, customers, suppliers, creditors, and the community. Each group may have their own specific interests and priorities, which can sometimes be in conflict with those of other stakeholders.

When stakeholders have conflicting interests, it can be challenging for a firm to reconcile these competing priorities and make decisions that are in the best interest of all stakeholders. Firms use various strategies to manage these conflicts, such as open communication, stakeholder engagement, and balancing short-term and long-term interests, and adopting corporate social responsibility programs.

However, in some cases, it may not be possible to fully satisfy the interests of all stakeholders, and firms may need to make difficult trade-offs.

Financial economics is important because it helps to understand how the financial system allocates resources and influences the real economy. Financial markets provide a mechanism for savers to provide funds to borrowers, and the efficiency and stability of these markets is crucial for economic growth and development.

Some of the key areas of study in financial economics include:

What Is a Firm and an Industry?

Broadly speaking, the definition of a ‘firm’ in the field of economics is any company that seeks to make a profit by manufacturing or selling products or services – or both – to consumers. For example, one of the most common uses of this term is for ‘law firms,’ which usually sell services in relation to the law. However, other organizations can be firms too, including those that prove accounting services, design services, education, and consultancy services.

However, the industry is something entirely different from a firm. There are typically many firms within an industry, and all combined industries making up the economy.

A single industry consists of all firms that output a specific product or service. This includes three broad ‘categories’: retail industries, in which firms sell products to customers directly; wholesale, in which firms trade products with other firms; and service industries, which offer services to both businesses and individuals.

Related: What is a Trade Off in Economics?

Economic organization refers to the way in which an economy is structured and managed. This can include the distribution of resources and goods, the allocation of labor and capital, and the determination of prices and wages. There are several different types of economic organization, including capitalism, socialism, and mixed economies. Each type has its own unique characteristics and strengths, and the choice of economic organization can have a significant impact on a society’s overall economic performance and social welfare.

Corporate social responsibility (CSR) refers to the voluntary actions that a company takes to address the social and environmental impacts of its operations. It encompasses a wide range of activities, including environmental sustainability, community engagement, ethical business practices, and respect for human rights.

CSR can take many forms, such as reducing the company’s environmental impact, supporting local communities, promoting diversity and inclusion, or ensuring fair labor practices. Many companies also report on their CSR activities through Corporate Social Responsibility reports or sustainability reports.

Adopting CSR practices can bring benefits to companies, such as improved reputation, increased customer loyalty, and better employee engagement, as well as fulfilling their obligations to society. It also helps to build trust between the company and the society, which can be beneficial for the company’s long-term sustainability.

However, it is important to note that CSR should not be seen as a substitute for compliance with laws and regulations but rather as a complement to them.

What Is the Role of a Firm?

One of the key concepts in the theory of the firm is the concept of the firm as a decision-making unit, which is guided by the goal of maximizing profits or shareholder value. The theory also addresses questions such as why firms exist, how they are structured, and how they make decisions.

One of the most well-known theories of the firm is the “Economic Theory of the Firm” which explains the behavior of firms as profit-maximizing entities that make decisions based on economic principles such as supply and demand, costs and revenues.

Another theory, the “Behavioral Theory of the Firm” focuses on the role of human behavior and decision-making in the firm, emphasizing the importance of understanding the motivations, biases, and social dynamics of the individuals and groups within the firm.

Other theories of the firm include “Coase’s theory of the firm” which emphasizes transaction costs, “Agency theory” which focuses on the relationship between principals and agents, and “Stakeholder theory” which highlights the importance of balancing the interests of different stakeholders.

Overall, the theory of the firm is a critical area of study for understanding how firms operate and how they contribute to the functioning of the economy.

Firms are one of the three crucial elements in the circular flow of money through the economy. They take money for goods and services while providing an income to skilled workers through a salary. They also pay taxes to the government, and, in turn, benefit from government spending in key areas (e.g. infrastructure). There are several elements to a firm’s role in an economy:

·         New product development. In order to maximize profits, firms will invest in the production of new goods and services to satisfy consumers. This could be through the opening of new stores where demand is high – such as with coffee shops – or through the implementation of new products, such as when the first smartphones were released.

·         Investment in new technology and capital. Firms will always want to make the biggest profit possible from their capital and workforce. This will be reflected through the development of new technology and methods aimed at improving productivity. Improved productivity in an economy leads to a higher standard of living, and without this innovation and use of capital, economies would grow more slowly.

·         Providing end-users (consumers) with goods and services. By providing consumers with access to a broad range of goods, firms drive the economy. In an economy where there are no firms, individuals would have to grow or hunt their own food. By offering consumers food products, firms allow those individuals to redirect their time towards other forms of work, such as building and manufacturing. By solving everyday problems and simplifying life through technological advancement, firms advance the economy.

Related: What is Crowding Out in Economics?

What Is the Difference Between a Firm and a Company?

As we’ve touched on above, the terms ‘firm’ and ‘company’ are often used interchangeably; however, there are key differences between these two entities. These differences can be found in different areas of the firm or company and its processes.

This is by no means an exhaustive breakdown of these terms; other differences exist too. For example, partners within a firm are not permitted to make any contracts with their firm, while shareholders within a company can form a wide range of agreements. Additionally, the partners within a partnership firm have ownership of all the firm’s property, whereas all property within a company belongs to the company itself. Our final point here is around succession, with all company shares being easily transferable from one member to their heir. However, a partnership firm can be damaged by the transfer of shares or inheritance. 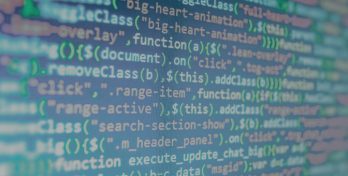 You can build a lot of bridges with a construction management degree. Buildings, too. And you can make a pretty excellent salary while... 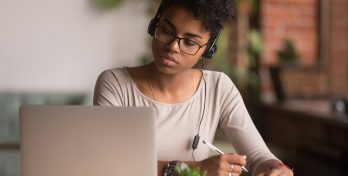 From true crime and celebrity interviews to money management, there is seemingly a podcast for everyone and every interest — with more than...