Renee Whitmore is an Associate Professor of English at Sandhills Community College in Pinehurst, North Carolina. Before starting at SCC in 2013, she taught English at the middle and high school levels for five years. She currently teaches a combination of traditional seated and online courses, including English Composition, Argument Research, and Creative Writing. Renee earned a Bachelor of Arts in English in 2006 and a Master of Arts in Teaching, with a specialization in English in 2011, both from the University of North Carolina at Pembroke.

Is computer science hard? Is it something anyone can learn?

These are good questions, so let’s find the answers. Computer science focuses on complex topics such as computer theory, computing problems and solutions, programming and development, and much more. In our world of ever-evolving technology, computer science professionals are absolutely vital in making sure our computer systems run properly. Inevitably, careers in this field are growing. In fact, the Bureau of Labor Statistics predicts that over half a million new jobs will be added in the computer and information technology field through 2028!

Maybe you took a computer science course in high school, and you’re intrigued by the subject. If so don’t let the “computer science is too hard to learn,” type of people deter you. First, let’s dissect this topic a little bit, and see why Comp Sci has such an intimidating reputation. Then, you can decide if it is something you want to study.

How Hard is a Computer Science Degree?

It depends. Do you have solid math skills? Are you good at science? Do you have a mechanical brain that enjoys looking at every minute detail of a problem in order to solve it? Some people may say the extensive math and science involved in the subject make computer science hard to learn, and if you’re not good at math and science, that may be true. But if you are a talented mathematician with a technical, scientific way of thinking, you may be perfect for the field.

Artificial Intelligence tops the list as one of the most difficult topics in computer science, as it teaches students how to program intelligent computers. Within AI, students learn how to program computers to hold traits needed for solving complex problems, such as the ability to reason, learn, and ask questions. Some of these disciplines include math, psychology, and linguistics.

Microprocessors are one of the big topics in computer science, as they are the logic chips and engines of computers. A microprocessor controls all the central processing unit’s functions and performs the math and logical functions of a computer. Computer science students need to understand how these work and even how to design them, which can be quite challenging.

Computer programming and software engineering courses are another large part of computer science. Programming courses entail writing programming code to “teach” computers how to do tasks. Is programming hard? It is a creative yet tedious process that involves solid concentration. Popular programming languages include JavaScript, Python, Perl, and Postscript.

Why Does Computer Science Have a High Drop Out Rate?

Official figures from the Higher Education Statistics Agency (HESA) show that the percentage of dropouts in computer science courses hit 9.8% during 2016-2017. This dropout rate is considerably higher than in other majors.

Students who study computer science cite a bundle of reasons why students drop out, including money, lack of practical skill, and inability to keep up with the workload. While some people may cite difficulty, most of the time, it’s simply lack of fit. Students get into computer science programs and realize this field is just not something they want to pursue.

Do I Have What it Takes to Pursue a Computer Science Degree?

Only you can answer that question. However, computer science students should be good at math and science, have superb critical thinking skills, pay close attention to detail, and most of all, be driven and eager to learn computer science. U.S. News and World Report published this article on what you need to know about becoming a computer science major, which is helpful and informative.

A computer science degree is clearly no walk in the park, but it is a vital field of study, and with the number of jobs rising every day, it’s necessary to have the right people in this field.

What Are Some Universities that Offer Computer Science Programs?

Swarthmore College in Pennsylvania is another great option; students in this program have won robot contests at the annual American Association of Artificial Intelligence Conference and have qualified for the International Finals of the Association for Computing Machinery programming contest. Harvey Mudd College in Claremont, California also offers a Computer Science Major, along with a Computer Science and Math joint major. 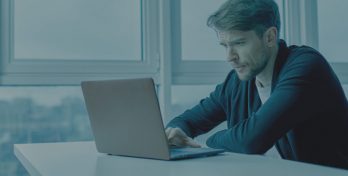 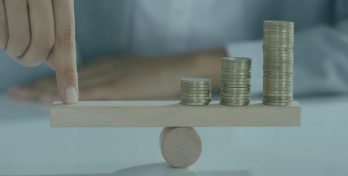 You’re at your favorite store. Your favorite candies, drinks, fruits, and vegetables are right in front of you. Unfortunately, it’s the 30th of... 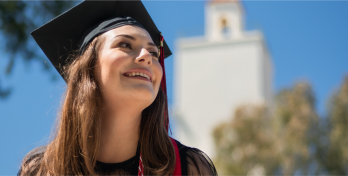