Whether you’re a budding civil engineer about to embark on a degree program or a prospective student who’s getting a head start in studying, there are a lot of technical terms to be learned.

One of these is the ‘vault’, which has its roots dating back thousands of years.

In civil engineering, a vault is formed when numerous arches join together to form a tunnel or a dome. This could be for a walkway or for an interior or exterior dome that sits above a vast room or hall.

We’ll explain this concept in more depth below.

What Is a Vault in Construction?

A vault is simply a series of arches connected in a line. They are commonly employed in the construction of a building’s interior ceiling or used as a means of creating external walkways.

Due to the unique shape of this structure, a vault needs to be capable of supporting the immense pressure placed on its lower components by the structure that rests on top of it. As vaults have commonly been used underground, the pressure is often offset by the surrounding earth. But when a vault is not below ground, various techniques are often employed to aid the support, including columns, beams, side anchors, thick supportive walls, or other structures.

How Is the Vault Used in Civil Engineering?

A barrel vault may also be called a ‘cradle vault’ or ‘tunnel vault’, and appears as a continuous arch. In layman’s terms, it is similar in appearance to the ceiling of a tunnel, with arches lined up beside each other.

A cloister vault, or ‘dome vault’, is, as the name suggests, dome-shaped. Arches extend towards a center point.

Corbel vaults are typically used whenever there is a significant weight to bear from above, for example, a balcony. These vaults project outward from a vertical wall.

Rib vaults were used in many ancient buildings, including within the Great Mosque of Cordoba in Spain. Rather than forming a dome at a center point, the arches combine to create polygons, and masonry can be laid upon the arches, too.

Finally, fan vaults are quite unique in appearance, with many ribs that project outwards from numerous spring points. This creates a latticed appearance in many cases, with this design being commonly found in historic gothic architecture.

What Is a Roman Vault?

In Ancient Rome, skilled architects found that by combining two barrel vaults in a right-angled intersection, or groin vault, they could cover great stretches of ground in a rectangular formation. Thanks to the way that these groin vaults intersect at all corners, there isn’t a need for considerable support, meaning that load-bearing walls needn’t have been excessively large. This is how the groin vault was created.

How Is Vault Applied in Civil Engineering

The groin vault is one of the most common types of vaults that you’ll find used in civil engineering. Think of the famous buildings that include domes or arches, including the White House. These structures often use groin vaults to form structurally sound arches and domes that can withstand a great deal of weight from the materials and other structures that sit on top.

How Did Building Materials and Methods Change After the Romans?

Following the decline of the Roman Empire, building materials and techniques didn’t actually change a great deal. The methods used in the construction process still included systems such as pulleys and cranes to move materials around, while tools continued to include chisels, planes, and hammers for many years. However, there was a significant reduction in the cost of iron as a resource, which meant that it became more common and more readily available.

Which Civilization Is Associated with the Development of the Vault?

While the Romans used vaults in the building of many structures, they were not the first civilization to do so. In Egypt, brick-based vaults were constructed largely for the purpose of drainage. Similar techniques were also adopted by the Assyrians and by the Chaldaeans, but these two civilizations also utilized barrel vaults and high domes. And according to official records, the Greeks did not use vaults at all. 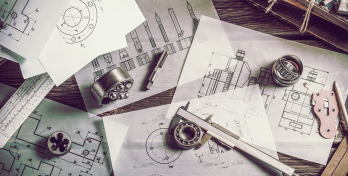 Geography is an important field, one that will only continue to become more critical as our world struggles with climate change. As the... 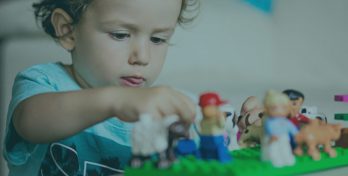 What matters in education? Are high test scores your end goal, or would you rather be a well-rounded person with mental and emotional... 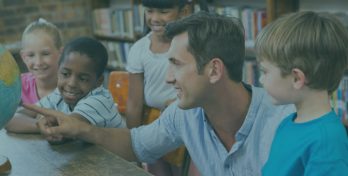 As you’ve researched what the work day is like for someone in early childhood education, perhaps you’ve come across the term “running record.”...