Civil engineering refers to the building of structures or systems in the natural environment; typical civil engineering projects include roads, bridges, airports, dams, sewers and other pipelines, and electrical grids.

Before starting construction on such projects, surveying the land to determine the exact parameters of the natural environment is of great importance.

What Is the Definition of Surveying in Civil Engineering?

In the context of civil engineering, surveying refers to the gathering of various data about the land. Surveying typically involves measurements of horizontal and vertical distances between points, along with descriptions of the exact characteristics of the land structure and surface.

What Role Does Surveying Play in Civil Engineering?

Surveys are used to plan, build, and maintain all civil engineering projects. A full survey of the target area is usually necessary to determine its exact boundaries and to ensure that any buildings or other structures constructed there will be safe. Surveyors also work to provide the proper design and development of infrastructure, to protect the surrounding natural environment, and to maximize the efficiency of the proposed structures.

What Types of Surveying Are Used in Civil Engineering?

There are a few types of civil engineering surveys: plane surveying and geodetic surveying. In plane surveying, the surveyor treats the area as a level geometric plane, ignoring the curvature of the earth; this works best for a project that is less than 250 km2.

Geodetic surveying, on the other hand, considers the earth as a sphere. Surveyors use this category of survey only for very large projects. Most geodetic surveys are completed by government agencies for major infrastructure projects within their boundaries, such as canals and pipelines.

The focus affects the type of survey. For instance, if a surveyor is hired to provide surveys for a dam, they would often conduct both topographical (land) and hydrographic (water) surveys for the project. They may also revisit the survey of the dam after its construction to ensure that it matches the plans, fits in the map boundaries, and remains safe. This is called an “as-built” survey.

Why Is Topographic Surveying Important for Civil Engineers?

The most common survey in civil engineering is the topographic survey. Topographic (land) surveyors focus on the qualities of the land itself. This may involve gathering data on the distance and angles between key points, the measurement of relative elevations, and the nature of the land (rocky, forested, grassy, etc.). Topographic surveys may include data on both natural features (hills, rivers, etc.) and human construction (roads, power lines, etc.). A property surveyor or land surveyor may also use topographic surveys to make maps.

Why Is As-Built Surveying Important for Civil Engineers?

The job of a civil engineer continues even after construction is finished. Each project requires a new survey upon completion to establish the accuracy of the data used. For instance, to check that the known measurements (made earlier) match the positions and other details of the final project, an as-built survey is conducted. Structures must be surveyed repeatedly to determine their technical performance as well as to ensure that they can still perform safely and are still in the right position.

What Methods Are Used for Surveying in Civil Engineering?

Surveyors use a variety of methods to get their information and produce accurate surveys. For instance, triangulation uses physical surveying instruments to measure the exact position of a point based on the positions of two other points. Surveyors may also use land or aerial photogrammetry, mapping, and leveling (i.e., determining relative elevations). Every surveying technique is based on geometric and trigonometric principles.

What Tools Are Used in Civil Engineering Surveys?

Long ago, a surveyor would use a chain to measure distances, which could get tiring. Nowadays, surveying has gotten much easier as well as more accurate thanks to recent advances in technology.

Modern surveying tools include computer programs, high-accuracy LiDAR (laser-based measurement), and, most importantly, the total station. A total station is an instrument that can be used when making horizontal and vertical measurements; it may use both electromagnetic and optical tools. Total stations have great accuracy, even over long distances, and can connect to a computer for data processing.

What is surveying in civil engineering? In short, surveying is one of the most important tools in a key field of science and engineering. Without surveying, major construction projects would be much less efficient and more dangerous.

You may be interested in surveying as a profession. Professional surveyors, as well as civil engineers, are paid well and only need a bachelor’s degree in order to start their careers. Students with more education, such as a master’s degree in civil engineering, are able to earn even more by joining high-tech fields such as renewable energy. 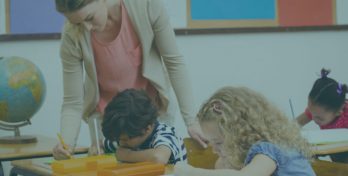 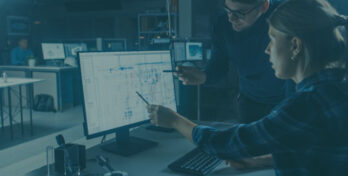 You may be intrigued by the challenge of understanding how things work, how to improve an object’s functionality, and how to push modern...