Your computer is powered by hundreds of programs that work together to make your user experience a good one.

Whether it’s how the interface runs or the power supply unit, each aspect of a computer plays an integral role in ensuring that the system runs smoothly and securely.

Every day, we use Google to search for brands we love or play video games on our phones. But have you ever considered how these applications and programs are built? These programs may have different purposes but they all have at least one thing in common: nodes.

In this post, we are going to break down a ‘node’ and its role in computer science and programming.

In computer science, a node indicates a basic unit of data structure. These nodes contain data that is linked to other nodes to create complex structures. These structures are important for computers because they organize a program so it can run effectively. Depending on the needs of a program, a variety of structures exist to organize the data.

Different nodes are connected by a pointer. A pointer references a location in a computer or program’s memory. For example, think of a book. An index page is filled with page numbers that ‘point’ back to the corresponding page.

In the world of computer science, nodes, and data, you will come across the term data structure, which is the backbone of every piece of software. Data structures help these programs store information and run effectively.

Linked lists are linear structures. Think of boxes in a straight line with arrows in between each box. Each box is a node containing information and a reference (pointer) to the next node. The arrows link the nodes together. This structure begins with the head, which points to the first node in the sequence.

READ MORE: What Does BSS Stand for in Computer Science?

Linked lists are commonly used because they are not fixed. You can add and delete nodes from it. If you’re unsure about the number of elements or nodes your application will need, linked lists are your best bet.

Let’s break down the three most common types of linked lists:

One thing to consider is that linked lists use up memory and don’t allow direct access to the individual nodes in the middle of the sequence.

On the other hand, a tree structure is a non-linear structure because it doesn’t have a fixed beginning or end. You will find that data organized in a hierarchy. We use this structure to place and locate files in a database. It is a more efficient way to store and find information.

Picture a family tree with many generations. The top is two points (grandparents) that divide into four as they have children. As the family grows, so does the tree.

You’ll find this structure used in Java and many other popular programming languages.

When researching nodes, you might see the word being used in terms of computer networks. This particular node indicates a device within a network that can send and receive information. Your computer has a unique IP network address allowing it to function as a node on a network.

If you have two computers and a printer at home, your total node count is three. 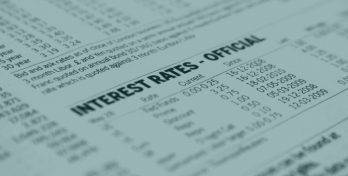 There are two principal economic sectors: the public sector and the private sector. Their interactions can be fruitful, leading to economic growth, but... 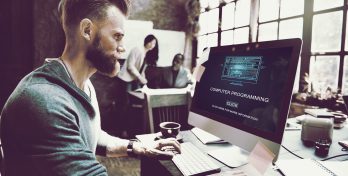 In today’s marketplace, the best online Master’s in Computer Programming degrees are some of the wisest investments you can make in terms of...

Jobs for Psychology Majors: an Introduction Considering a degree in psychology? Good choice. But is psychology a good major? Psychology, in fact, ranks...