Websites are everywhere and touch every part of our daily life. In fact, you’re reading one now.

We use them for work, to find a doctor’s office, and when we’re hungry. We use them to find the best nearby lo mein and to find a plumber when our pipes spring a leak. Websites are everywhere, and everything, it seems, is available through a website.

But who makes websites, and how long does it take to learn to make one? Who exactly are the magic people behind the digital curtain, and how did they get there?

You’re about to find out.

Those who make websites are called web developers, and according to the Bureau of Labor Statistics, there are about 175,000 web development jobs in the U.S.

Better still, in the next decade, that number is expected to grow at a rate of 8%, which is an above-average rate of growth compared to many other professions.

There’s additional good news in terms of salary. Web developers make about $74,000 per year, according to the BLS. And that earning potential often comes from nothing more than an associate’s degree!

This gives you some idea of how long it takes to master web development: not long at all.

Furthermore, a quick search for web development job listings on employer-review website Glassdoor returns about 60,000 available web development positions at any given time. Get the picture? Web developers are in demand, and there are any number of great, paying jobs available for the next generation of web developers, just like you.

In this article, we’ll tell you a little bit about the different kinds of web development, how long it takes to become each kind of web developer, and the kind of education required to get the job.

By the end of this article, you’ll have the framework for a career working in the exciting and growing field of web development.

What Are the Different Types of Web Developers?

A front-end web developer, also known as a front-end engineer or a web developer/designer, takes care of the look, feel, and user experiences associated with using a website.

Does a button on a website change size, shape, or color when you roll over it? Does a website look different on a phone than it does on a tablet? These are the concerns of a front-end web developer, and working as a front-end developer is most often the first step in a web development career. From there, many gain the skills to develop the back-end of a website, or as it’s called, to work as a full-stack developer, who’s in charge of developing every aspect of the site.

To become a front-end web developer requires proficiency in the following programming languages, at a minimum:

How long does it take to become a front-end web developer? Six months to two years.

It is also possible to learn the programming languages and other skills required to work as a front-end web developer all on your own, while building a portfolio of website work through site development for friends and relatives, or from work as a freelance front-end web developer. Building a portfolio this way often requires unpaid or volunteer time, and web-developers should also be comfortable with graphic design software like Adobe Photoshop, among other programs.

Generally speaking, it takes about six months to become comfortable with web-development programming languages and other kinds of software required to begin working as a front-end web developer (which is why short, intense boot camps have become popular with front-end developers), though it can take much longer to build up a portfolio and resume in order to find work.

It could be said that back-end web developers make the “guts” of the website go, using coding, databases, and scripting to interact with the front-end of the website, delivering the results and reliable functionality from the website to the end user.

This is where web developers can really get in the weeds, and back-end development can become quite technical. For this reason, many advance to back-end web development positions only after first finding entry-level positions in the front-end.

In addition to what’s required to work as a front-end developer, back-end web developers must have proficiency in the following programming languages, among many others:

How long does it take to become a back-end developer? Two to four years.

As far as college is concerned, and much like the case with front-end development, an associate’s degree is typically all that’s required by an employer to work as a back-end web developer, though as previously mentioned, a bit more work experience is often necessary. In addition, many interested in working as back-end developers pursue bachelor’s degrees, and beyond, in web development. For this reason, and because of increased demands in education and experience, it takes slightly longer to become a back-end developer than a front-end developer.

The endgame of many who get into web development is to become a full-stack developer, with everything about the website under their purview, including both front- and back-end functionality.

Full-stack developers have it all in their toolbox, including the programming languages required to handle a website’s user interface and the skills and know-how to make the website function as it should on the back-end. This means full-stack developers can develop a website all on their own, if they choose, and they are often in a position of leadership and guidance for a web development team.

As far as programming languages and software go, full-stack developers do it all, and they must also be competent and proficient in a broad-range of tools and software systems common in the web development industry.

How long does it take to become a full-stack developer? Three to six years.

There are many different kinds of content management systems, including Joomla and Drupal, but the most common is WordPress, with roughly 86% of all websites built on the platform, according to recent estimates.

CMS developers are often proficient in all languages and applications, but in addition to the previously mentioned WordPress, Joomla, and Drupal, CMS developers may also work on the following CMS platforms, among many others:

How long does it take to become a CMS developer? Six months to a year.

Offering a simplified version of the web development experience, there are relatively few educational barriers to becoming a CMS developer beyond demonstrated ability in using the platform in question and a portfolio of work. Many accomplish this on their own or through entry-level work experience in the web development industry. Many more, however, learn their skills through an associate’s degree program or by earning a four-year degree in web development.

Web development is the work of the future, and good-paying web development jobs are abundant across the U.S. What’s more, there are relatively few educational requirements to become a web developer, outside of perhaps an associate’s degree, a portfolio of work, and demonstrable skill. To understand what it takes to learn web development, it’s important to understand the different types of web development, which we’ve covered in this article:

That being said, it’s rare these days for relatively good-paying employment to be found with nothing more than an associate’s degree or relevant work experience and a portfolio. If you’re creative and love computers, or if you are looking for stable work in a growth industry without particularly stringent educational barriers, web development could be the right career for you. 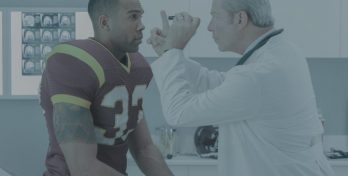 So you think you want to become a sports medicine physician, and want to learn a little more about what it’s going to...

Tests, tests, dreaded tests. From preschool to university to obtaining a driver’s license, assessments mark milestones and help people prove their worth. Some... 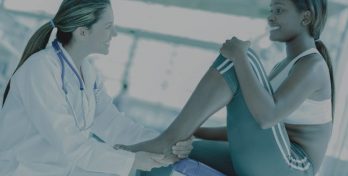 Sports medicine opens doors for many people. Combining science with sports, it’s an ideal career for those who are passionate about both athletics...